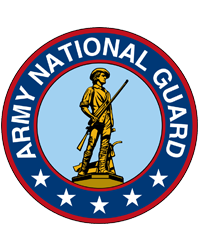 Richard Dean Scherer, 88, of Caldwell Idaho, passed away at The Gables Assisted living on November 13th, 2021.
Rick was born on October 27th, 1933, in Wagner, South Dakota to Roy and Elva (Shortreed) Scherer. When dad was 6 years old, the family moved across the United States to a farmhouse in Homedale, Idaho. Dad grew up there with his four brothers, LeRoy, Eugene, John, and Gary; he often spoke fondly of their time farming and getting into mischief in their younger years.
In 1951, as the Korean War began to escalate, dad left high school in the middle of his junior year and joined the Idaho National Guard to receive training. He then went back to finish out high school and obtain his diploma; not long after he attended Truck Masters School for the National Guard at Fort Eustis, VA.
Rick married his first wife, Betty Mager on July 31st, 1955, and they were blessed with two sons, Rick Jr., and Randy. They made their home in the Treasure Valley and dad worked as a mechanic while serving in the National Guard. They had a variety of adventures as a family during their 15 years of marriage, both good and bad, with dad’s military career taking them to different states. Not long after retuning back to Idaho, dad and Betty’s marriage ended in divorce.
Not long after, dad met his future wife, Patricia Lea Baldwin on a bowling league in Caldwell. They joined in marriage on June 14, 1971, and that union brought together his sons (Richard Jr. and Randy) with her son (Richard Baldwin) to become one big family. Within a couple of years, they added to their growing family with the birth of their only daughter, Raena Bull, and their youngest son, Ryon Scherer.
After his discharge from the military, dad worked as a mechanic in Washington and then later in Idaho. In the late seventies, dad changed careers and started driving semi-trucks for Kit Manufacturing (KMC Transport). He was a naturally talented artist and a proficient airbrush craftsman, who spent his spare time restoring old photographs for Braun Studios. Dad also dabbled in oil painting and wood carving, some of his projects over the years included an acoustic guitar, a large wooden model plane, a wooden ship, and he even built and carved a standing grandfather’s clock from scratch.
Dad was an intelligent man who never stopped learning, besides his military training and then his high school diploma, dad also had diplomas and certificates from a variety of schools throughout his career. In the 1950’s, he took an Autobody & Paint course from International Correspondence Schools, a few year later, he took a home study course from Commercial Trades Institute on Radio & Television repair. In 1967, dad took an S.B.A. course through the College of Idaho and later he attended the Shell Oil Company Service Station Management training school in Portland, OR. Not long after, he took another home school course, this time on Advertising Illustration from International Correspondence Schools. While driving truck for KMC, he used his vacation time to attend Air Brush Illustration classes at the Art Institute in Santa Barbara, CA. In his later years, he took classes on Architectural Rendering through BSU’s Adult Learning program.
Mom and Dad spent their 50 years together living in Caldwell, Idaho. They enjoyed family get-togethers, playing cards, scratching lotto tickets, and all of their trips together to Jackpot, Nevada! Dad was always there to tell a very bad “Dad Joke” which he would probably forget halfway through, and then laugh at himself for it.
Survivors include his children; Richard (Lorie) Scherer, Raena Bull, Ryon (Jamie) Scherer all of Caldwell; his adopted son, Richard (Debra) Scherer of Nyssa, OR. His brothers, John (Billie) Scherer of Caldwell, ID., and Gary (Beverly) Scherer of Paisley, OR.; his numerous grandchildren, great grandchildren, nieces, and nephews, as well as some special friends he met along the way.
He was preceded in death by his wife and square-dancing partner, Patricia; his parents, Roy and Elva Scherer, his first wife, Betty, his son, Randy Scherer who lost his life while actively serving in the military; two of his brothers, Eugene and Leroy; and three of his grandchildren.
Due to the covid restrictions in place at the time of mom’s passing, the family held a Celebration of Life event at the Memorial Park in Caldwell in June of 2021 to honor Rick and Pat’s marriage of 50 years and to pay tribute to their lives. For those who were fortunate enough to have experienced dad’s laughter and mom’s infectious smile know that their legacy doesn’t end here. It is the start of the next chapter, filled with grandchildren and great-grandchildren who carry-on mom and dad’s love for each other, their love for family, and the fun they had sharing good times with friends. All of us can learn from their examples of resilience that has carried them through the tough and the sad times and their example of joy that makes the happy moments so much better.
Dear dad, rest in peace soldier, and enjoy your time square-dancing with mom once again!

To send flowers to the family or plant a tree in memory of Richard D Scherer, please visit our floral store.

A Memorial Tree was planted for Richard

You can still show your support by sending flowers directly to the family, or by planting a memorial tree in the memory of Richard D Scherer
© 2022 Dakan Funeral Chapel. All Rights Reserved. | Terms of Service | Privacy Policy